Ask someone with an Westernised upbringing what’s a comfortable distance to be from someone in public (bags and other items attached to your body included). The answer you’ll probably get is about a meter.  The idea of personal space, particularly in public, is not only culturally specific but transient, based on the circumstances someone is in.

American anthropologist and cross-cultural researcher, E.T. Hall, was at the forefront of the field of non-verbal communication within cultures. Proxemics is the word used to describe “personal space”. He gave many examples of how different cultures interpret appropriate personal space in public. While he was in the Middle East men would sit right next to him even there were other seats free.  Although some of his case studies are archaic, he has a point 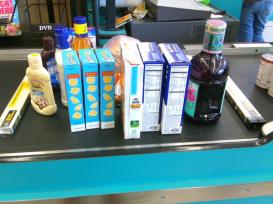 I’ve also made observations of my own. People’s idea of acceptable public personal space is affected by the social setting or microcosm they’re in.  To prove this, for instance the local supermarket’s check-out. In busy areas, like business districts, there is a higher density of people, so they stand closer together. Unlike in suburban supermarket, people tend not to leave a half meter gap between the groceries of the person in front and the grocery separator and then another half a meter between the separator and their groceries, then repeating the same thing for the person behind. When queuing people also tend to stand closer to the person in front. In the suburban supermarket, people tend to stand further apart at the check-out, like the person in front smells bad.  It’s also apparent when people are passing each other in the aisles.

One thought on “Personal Space”